An excerpt from Problems

The wine. Find the wine.

I found a glass. “Do you want something to drink?” Sandy asked.

“Where is the wine?”

“Oh,” she said, and then she came closer, “about the wine. Grace is, well, you remember, over Christmas. She’s touchy about having wine in the house, you know. She has her beliefs. So we compromised; we’re keeping the wine in the other room.” She smiled, apologetically.

Grace went to a religious college and lived in a “sober dorm.” If she was lame as a college student, how lame would she become as an adult? Or would the lameness build up until she reached forty, when she would become addicted to coke and rediscover God? Or would she maintain her lameness until she died? Or maybe she had a different measurement for lameness, and in her own world, eating ice cream past midnight and talking all night was her being wild. Was lameness subjective? Was it something we grew out of or something we eventually had to experience?

A boy. She would meet the wrong boy, and then anything could happen. It was always like that: girl is fine, meets boy, falls in love, ruins life, boy leaves, girl straightens life out, dusts Bible, puts on lame dress, and goes back to church. At least then she would have something to repent for, experiences to regret. I wished I could have given her some of mine. I wished I were someone no one ever had to worry about. I should have been with my mother, who was dying of MS. I should have saved money and bought her nice presents. A knot in my stomach. I wanted to hug my mom. I felt the future me looking back at the selfish me, who spent all her time avoiding her sick mother, staying high, and being a huge disappointment.

Last Christmas Grace and Rick got into a big fight with Peter about having alcohol in the house. They compromised and kept the alcohol away from Grace. They must have made the same arrangement. “Just don’t cross the line into the dining room,” Sandy said into my ear as she poured my glass. I nodded, like this was all very reasonable.

Two Xanaxes and two glasses of wine later, I felt amazing. Xanax was like a shortcut out of the woods of addiction and into the clearing of sobriety. Fucking Xanax. I could do this every month or so. Get clean, let my dope tolerance drop so I wouldn’t need to use as much to get high, save money, stay clean for long stretches—but still have dope when I needed it. I could use until Peter and I had babies and then slide right back into society, blend into Facebook with baby pictures, my hair in a baseball cap, complaining about how tired I was in my status updates. Life would take over, and like a mountain climber, I would keep going. A stupid, idiotic mountain climber moving very slowly up a big, dumb mountain, weighed down by a bag of shit, finding one foothold at a time, just to turn around and do it all over again backwards. All this until I woke up one day and was old. My kids will have taken over, and I’ll have become part of the shit they’ll have to carry with them. Just like my mother, haunting me. If only she was kind enough to become a memory. Memories didn’t call. Memories didn’t nag. Memories stayed golden and young, and you kept the ones you wanted. Memories didn’t have lesions on their brains and chairs in their showers. She used to be young and pretty. Did she know, when she opened the oven to check on dinner, that taking care of kids was how she was wasting the best years of her life? That was what I was aspiring to do, but at least I knew it. At least I experienced college and watched enough television with female leads to know exactly what I would regret. She wasn’t stupid. Having a family was a popular way to waste your life, so maybe it wasn’t the worst way. You had to do something or do nothing. She knew she would have finite time to be in her physical prime, so why did I feel bad? Why did I have to be implicated? Why did I feel guilty that she had wasted it on me? She lived the life she wanted. It was her choice not to finish school, not to have a career, to marry an old man she didn’t love. She had her eyes wide open.

All the pain went back to my mother. Freud didn’t seem that deep. It was natural to contemplate the very beginning and the first person you ever met, whose job was to keep you alive when everything was brand-new, and you were perfect with all kinds of perfect futures. I popped another Xanax. Things were going to be absolutely fine. 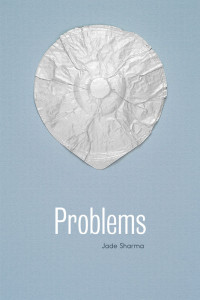