An Excerpt from Socialist Realism

I’m at home, texting no one. I’m thinking about nothing. I’m playing the game where I delay by seeing how many double negatives I can’t help but not put in my sentence, you know, the more I think about it, the more I believe the paragon of realist art is the 1993 Hollywood blockbuster Jurassic Park.

Legendary: An Excerpt from Things To Make And Break

Holly’s address costs eleven dollars on a website where they look it up from when she last voted. I bike across town in the middle of the night to stand on her tree-lined street. She lives in a lumpen, gray building tacked to a row of brightly sparkling ones, like a bad tooth.

It’s OK to be mean.      Dad taught me so, as he stood at the kitchen counter, playing with his watch. I poured a glass of milk, gargled, and gulped.

An Excerpt from The Gift

Six months after Tye’s “Performance for Women & Performance,” about one thousand people Occupied Wall Street, which is to say, on September 17, 2011, protesters marched through the financial district and settled into Zuccotti Park. The encampment remained in place until shortly after midnight on November 15, when the NYPD gave notice that protesters would be removed due to ostensibly unsanitary conditions. A little while later, they cleared everybody out.

Hungry Ghost: An Excerpt from I’ll Tell You In Person

JUST BEFORE CHRISTMAS a couple of years ago, I made plans with a person whom I deeply admire. I won’t say who but I’ll say this: she’s somewhere on the spectrum between Eileen Myles and Beyoncé. You probably admire her too—or you might hate her and think she’s fat.

Route 126: An Excerpt from I Love Dick

This letter’s taken almost a year to write and therefore it’s become a story. Call it Route 126. On Thursday night I got off a plane from JFK to LAX.

An Excerpt from Tender Points 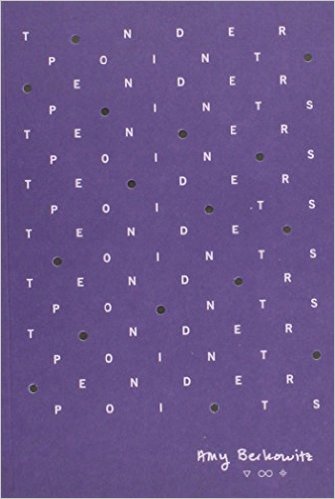 4 Events You Miss Because of Fibromyalgia Pain

An excerpt from Problems

The wine. Find the wine. I found a glass.

An Excerpt from Broken Glass Park

I hate men. Anna says good men do exist. Nice, friendly men who cook and help clean up and who earn money.