Falling In Love With Who Was Changed And Who Was Dead

Who Was Changed and Who Was Dead was the first book I read by British novelist Barbara Comyns. I knew nothing about Comyns at the time: I picked up the novel exclusively because of the title, which struck me as promising and intriguing.

In fact, the book turned out to be a great deal more than that: it was downright astonishing. Beginning mid-flood, with ducks swimming through Grandma Willoweed’s drawing room windows “quacking their approval,” Comyns’ narrator quickly moves on to “[a] passing pig squealing, its short legs madly beating the water and tearing at its throat, which was red and bleeding,” and then the sun comes “out bright and strong and everywhere became silver.” That last fact is a good thing if you side with one of the book’s several astonished children, but bad if you’re Old Ives the handyman, superstitiously convinced that the sun will draw the moisture back into the sky. Inside the house, maids pin up their skirts and try to make breakfast while wading red-legged through the water, laughing and screeching. Meanwhile, the bodies of drowned peacocks eddy round the garden, the hens in one shed commit suicide by falling from their perches into the water, and the hens in the other shed fatalistically sit “on their eggs in a black broody dream until they were covered in water. They squarked a little; but that was all. For a few moments just their red combs were visible above the water, and then they disappeared.”

All of that happens in the first two paragraphs of the book. None of it is lingered over; each moment is allowed to come and go in Comyns’ distinctive way, and by the time you’ve digested the image or moment and begun to apprehend what lurks behind it, she has moved on to something else.  The third paragraph offers a blazing sun and a litany of “[s]trange objects of pitiful aspect” floating past in the flood: more dead peacocks, a drowned sheep with “the wool withering about in the water,” a floating beehive surrounded by “perplexed bees,” a newborn pig “all pink and dead,” among other things. These are indeed pitiful objects, but described with such exacting care and quirky accuracy that the language itself creates a kind of warmth and wonder—there’s nothing else out there quite like the strange and marvelous usage of “wool withering about” for instance, or the tension found between “all pink” and the blunter “dead.” Comyns approaches the world as if everything is worthy of clear-eyed attention. In this novel in particular, she is better than any other writer I know at striking an impossible balance between accuracy, wonder, and disgust. She creates a paradoxical sense of a world that might want to embrace you lovingly—unless instead it wants to smother you. What it will do in the end matters less than the way in which Comyns almost effortlessly engineers that vision of the range of possibility and allows us to maintain our shaky perch suspended above it. The Irish Censorship of Publications Board apparently saw only one part of her vision—disgust, death, and decay—and not its broader sweep: when this novel (Comyns’ third) was first published in 1954 it was banned in Ireland, though it is difficult to understand today what they found offensive.

At heart, the novel is the story of the Willoweed family, which consists of the wealthy, deaf, and tyrannical Grandmother Willoweed; her shiftless and widowed son Ebin, a former newspaper columnist; Ebin’s three children, Hattie, Emma, and Dennis; the servants that keep the household running; and the village surrounding them. In Comyns’ prose, everything is leveled out: all things are worthy of attention and potentially anything can be examined, and the third person narration is quite democratic in terms of who it chooses to attend to. Sometimes we are close to one of the children, sometimes to Ebin, sometimes a servant or a doctor or the town baker. Who Was Changed and Who Was Dead offers the same meanderings and floods and retreats as the river within the book itself. At times, it feels like an extended daydream; at other times it descends into nightmare. The two events that most shape the book, and indeed the lives of the people within them, are external events: the flood and its aftermath on the one hand, and the odd and initially unexplained outbreak of illness on the other.

The novel has a progression and a movement forward, though not exactly a plot. Things change, things happen, people make choices, and by the end things are different. Do the characters change and develop? Well, maybe. Though one could also argue that it’s less a question of changing and developing than of simply responding to stimulus. Ebin’s life, for instance, seems radically changed by the outbreak in that it allows him to regain his former profession and escape the tyranny of his mother, but he goes through yet another transformation once his mother dies, one that partially effaces the first one. Dennis and Emma experience far-reaching changes as a result of the outbreak as well, though quite different ones than their father. One has throughout the novel a sense of things happening almost in spite of the characters. Most things that happen in fact happen almost accidentally, and the few definite steps that characters take rarely work out the way they expect them to.

Comyns is merciless as a portrayer of human relationships as well. She manages to depict the power struggles within the family itself in a way that seems every bit as naturalistic as the events of the flood. The adults in particular get no sympathy from her: their human masks are very damaged and one can see the animal within. The social graces and etiquette that remain often function mainly as means of maintaining power. The grandmother in particular takes a sinister delight in the misfortunes of others, though this is combined with a deafness that makes her detached from the world around her and prone to misunderstandings. Indeed, the older the Willoweeds are, the more they seem to have accepted the viciousness found in nature around them while losing track of its more marvelous and redeeming qualities.

But that marvelousness permeates the book, which seems as a whole to side with childlike wonder over grown-up viciousness. The novel possesses a remarkable sense of lightness (in Italo Calvino’s usage of the term) despite the floods and deaths and basic human pettinesses found therein. As Comyns has admitted, “I set it in my childhood village [Bidford-on-Avon] and my imagination took hold of me and it almost wrote itself.” It is perhaps for this reason that her evocation of childhood feels so palpable here, so honest. This is all done through language: through the simplicity of the style, forthright and honest; through her tone, which Patricia Craig calls “confident and uncalculating”; through the honesty of the gaze itself; through the way that startling details are rendered in a fashion that captures something essential about them before the narrator moves quickly to other things. The results are a kind of hybrid of the pastoral and the naturalistic, an idyllic text about what it’s like to grow up next to a river, a text that also just happens to contain some pretty shocking and sad disasters. That combination shouldn’t work, but in Comyns’ exceptionally capable hands it does.

Who Was Changed and Who Was Dead strikes me as Comyns’ best and most original book (with The Skin Chairs and The Vet’s Daughter lagging only a little behind it), and it still remains one of my favorites. Comyns’ dark pastoral is an overlooked small masterpiece, and one that has opened pathways that other writers have yet to pursue.

(This excerpt is from Brian Evenson’s introduction to Who Was Changed and Who Was Dead.  It was also published by The Rumpus.)

barbara comyns essay who was changed and who was dead 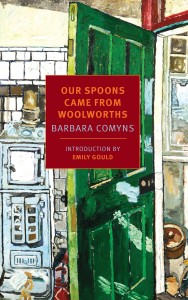 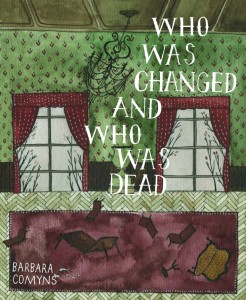 Who Was Changed and Who Was Dead
Barbara Comyns