“How can the book follow the messy course of real life but still exist as a narrative?”: Chris Kraus interviews Ann Rower

Chris Kraus is the author of several books, most recently Summer of Hate. Her work is one of our favorite things about being alive, and if you have never read her books we implore you to do so immediately. She interviewed her friend Ann Rower about Lee and Elaine, whose setting she’s intimately familiar with, via email. They discussed Ann’s response to a negative review, the challenges of writing fiction around real people and events, and how the death of artist Hannah Wilke catalyzed the writing of Ann’s novel.

Chris Kraus: I remember your book went through several reincarnations. I remember one of them took place at my house, the house in Springs Sylvere Lotringer and I had on Squaw Road in the early 90s. At that time, as I recall, you were somewhat diligently researching Lee Krasner and Elaine de Kooning’s biographies, while the events with the student were meanwhile unfolding. At what point did you decide to ground the narrative in those real-time events?

Ann Rower: Well, the yellow house, the house on Squaw Road, was really the star of all the incarnations. It also, incidentally, changed my life and deepened my love and admiration for you and Sylvere. It was my first ‘winter rental.’ The first thing I wrote there was the failed S/M sex scene, though, originally, it took place between Lee and Elaine but that too was really about the house and the whole real estate situation out there. As such it was supposed to be the centerpiece of the ghost story I told everyone I was writing about Lee and Elaine coming back as lesbians after years of being married to those big hot-shot art stars. Also, it was mirroring my life. You’re right. I was really trying to research Lee and Elaine to find out if they were friends during their lifetimes. I felt like a detective, which I love, but the ghost story was more of a conceit than a real narrative in my mind because in my mind I don’t write fiction.

CK: The heart of the book, for me, seems to lie between those events and the narrator’s occupation with the question of why Lee and Elaine couldn’t be friends. How did that reality – the way women of that era, for various reasons, could not be friends – affect you, and what was the spillage into the narrator’s present-time story?

AR: Actually, I talked to a lot of women, older women, who were part of that scene, who knew both Lee and Elaine, and it seems to me that maybe Lee and Elaine were a special case. A lot of these women seemed to be friends, good friends, and had their own little community both in the city and on the Island, and were not gossips or mean-spirited about each other. I think Lee and Elaine, partly because their husbands were so competitive and they were so loyal to their husbands, did not get along. But also, according to my sources, they just didn’t like each other.

CK: I remember you saying, or writing, that “[W]hen you’re writing in real time you have to revise a lot – “ Like a lot of your work I found that really profound and hilarious. Because of course everything keeps changing, and sprouting new heads, and and how can the book follow the messy course of real life but still exist as a narrative?  I guess that’s a rhetorical question.  But does that describe your experience, writing Lee and Elaine? How long did it take for you to define the book’s temporal boundaries?

AR: Yes. Though a painful moment for me was when Patsy Southgate, who, in the book is ‘Betsy Westlake,’ died while I was still writing. I had decided to change the names of all the characters who were based on real people who were still alive but to keep the real names of those who had died. But Patsy was so important to me and so hard to get to, and she had so many connections especially with Elaine and also with Frank O’Hara (who, according to Gary Indiana, was the only woman Frank ever fucked)  – and she was so pretty and brilliant like Elaine –  that I was torn about leaving her name in a fictional limbo when she could have been more ‘real’ like Lee and Elaine. The part that turned out to be surprisingly fun was when I added the elements of the ghost story to the narrative, the book’s temporal boundaries disappeared.

CK: Catherine Texier’s 2002 New York Times review of Lee and Elaine somewhat missed the point describing the artists as “shallow and obsessed with themselves in the art world.” Were people angry with you because they did not like these characters, or because the book wasn’t, in fact, the tell-all Hamptons biography suggested by the title and cover?

AR: I got the impression that Texier thought that I was shallow and self-obsessed which hurt my feelings. One of the things that was terrible for me was seeing the cover for the first time with the phrase “Pollock – A Wife’s Tale” on it which I knew nothing about and which I believe mislead readers and trivialized the book. Some of my friends were angry with me because they felt I was cruel to my characters and, looking back, I see that a lot of rage fueled this narrative. But the real theme of the book is friendship. A funny thing happened right after the review came out. I was sitting on my stoop reading the Sunday Times when Catherine Texier, who was my neighbor, passed by. More serendipity. I knew who she was, of course. She’d lived on my block for years, had co-edited Between C & D, and in the East Village was a minor literary celebrity, but obviously she didn’t know who I was. I figured this was the moment to introduce myself. “Hi,” I said, “I’m Ann Rower,” holding out my hand with her review in the other. “Oh,” she began to stammer apologetically with her heavy French accent, “I’m so so sorry.  I didn’t realize that was you…” and I ended up having to console her. It was only then I realized what a bad review it was but I didn’t care. I was just happy to be in the Sunday Times.

CK: The book was written in the wake of Hannah Wilke’s death. She was buried in Springs, like her art antecedents. How did her death affect you? What connections did you make between Hannah’s art world, and the art world of the 1950’s and 60’s?

AR: I went to Great Neck High School with Hannah who was then Arlene Butter, lived across the street from her on Greene Street in Soho for 20 years, and taught with her at SVA, so I wasn’t just a fan of her work. The day before I went out to the yellow house was Hannah Wilke’s funeral at the downtown Riverside Chapel on 2nd Avenue in the city. They gave out directions to the cemetery where Hannah was to be buried the next day. Even though I was already in East Hampton I felt shy about going to what I thought would be an intimate family affair. Coincidentally, for years I had been curious about the cemetery. It was an East Hampton landmark but I never knew exactly where it was. Now that I had the directions, I found out that the yellow house where I was going to be living for the next four months happened to be practically around the corner and I went to find Hannah the next afternoon.  Her death affected me profoundly as did her last show Intra-Venus. She was dying and all her vanity disappeared. Hannah had been very competitive and always felt neglected by other women artists especially those who thought she was just too pretty to be taken seriously. Well she showed them. It was Hannah who led me to the cemetery and I ended up writing a book about it. They were all connected there. She knew I was a writer ever since high school and whenever we bumped into each other on the street she would say, “Write about me,” but I never did because I never thought I could because I’m not an art critic. But then I did. 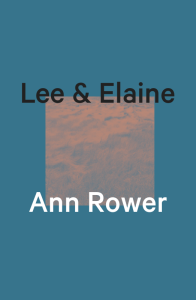