“Shy for a girl”: An Excerpt from Maidenhead

When I handed the ocarina back, my fingers touched his again. The guy held me there for a second. His tongue licked his lips. I looked down. I felt a smile in the middle of my throat. Is this how you really meet a guy?

Then, I think because I had to go to the bathroom so badly, I flopped back down on the sand on my back, pretending that I was getting some sun. I knew he was watching me, waiting for something. I put my arm over my eyes. I felt him stare in my bathing-suit holes. My armpit was a little nude crease that was opening.

“The sounds you made were sweet,” the guy said. “You’re just a little bit shy. You’re a shy girl, it’s okay.”

The sounds I made were not sweet, I knew that.

This guy maybe thought that I wasn’t with my family on a family vacation. Maybe he thought that I was a college kid, that I was more than sixteen. I never thought I was shy, a shy girl. It was like he was waiting for me to say yes. To say yes as if I knew what I wanted.

But he still didn’t get up, even after he said that. He started pushing his finger towards me through the sand. I felt like I wanted to laugh. But I was squinting and licking my lips continually.

I was thinking: Girls get scared way too often. Girls get stupidly scared. I was not scared.

Telling myself not to be scared kind of worked.

I stood up at the same time as the guy. My stomach was bloated. I was holding it in. The guy had his walking stick in one hand and he covered his bathing-suit strings with the other. The turtle bulged in his back bathing-suit pocket. I held tightly on to my book.

This man likes me, and my family knows nothing about it.

LEE: You have to let people be witnesses. It’s the most human thing, to tell people what happened to you.

GAYL: Nah, a story is visual only. Words are meant to be spit out and forgotten.

LEE: Trauma gets lodged in our bodies. We can’t just spit it out.

GAYL: Trauma’s not a story.

LEE: Trauma is a story.

GAYL: Trauma’s comedy. Trauma’s got the power of unseen forces. At least then, with your body, you can metamorphose it. 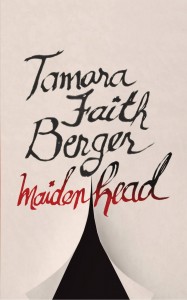