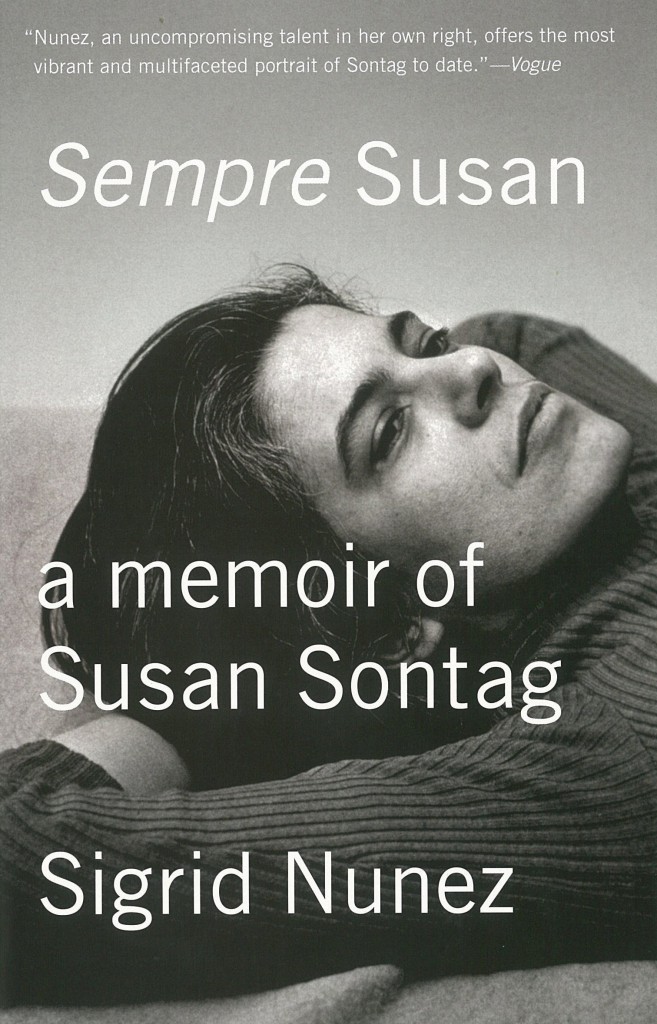 Sempre Susan is novelist Sigrid Nunez’s brief, stinging memoir of her life tucked under the wing of Susan Sontag, who was her mentor, great influence, tormentor, and boyfriend’s mother.

At the age of 25, Nunez, a recent Columbia grad, came to work alongside Sontag as her secretary. Within weeks she had started dating Sontag’s son, David Rieff, and within months she had joined the two in their apartment on the Upper West Side. A very unconventional arrangement— but as Sontag told Nunez, “Who says we have to live like everyone else?”

Sontag always a step ahead of Nunez, constantly delivering nuggets of sometimes brilliant, sometimes questionable advice about everything from sushi to film to correct writing habits. In describing her life with Sontag and Rieff, Nunez creates a portrait of bohemian life in 1970s New York.  With precise, simple but devastating clarity, she shows how an intense influence can be as deforming as it is enlightening.  For Nunez, who went on to become an acclaimed author and teacher, Sontag’s personal and intellectual influence lasted much longer than their friendship: “She traveled so much that everywhere I go, she has been there before me.”

Read an excerpt of Sempre Susan here, or buy a copy here.

Sigrid Nunez has published six novels: A Feather on the Breath of God, Naked Sleeper, Mitz: The Marmoset of Bloomsbury, For Rouenna, The Last of Her Kind, and Salvation City.

In grad school, getting an MFA in writing, I cried in the office of every workshop professor I had but one. In spite of the sensitivity with which as a rule these people responded, the episodes filled me with shame. Post-cry, I assiduously avoided my teachers.

I was introduced to the idea of Monica Sarsini this way: My college boyfriend— from Florence, Italy—said, “You have to meet my mother’s friend. She’s a writer. She’s strange and beautiful.