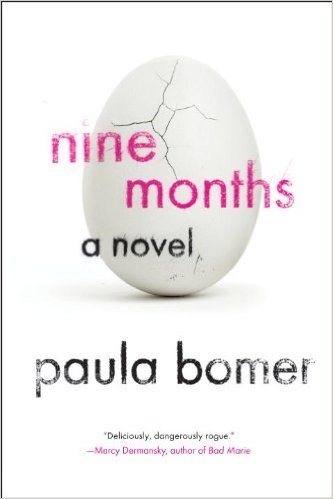 Sonia already has two little kids, so when she finds herself unexpectedly pregnant with a third, she’s not thrilled. She had been looking forward to freedom from the tyranny of diapers, spit-up, and sleepless, sexless nights. Before becoming “a tired housewife with a bad haircut” she had been a talented and passionate painter, but now, she knows, she won’t be free to reclaim that life for another few exhausting years – if ever.

She resigns herself, though, or so it seems, until a day comes when she can’t any longer. She walks out on her husband and children, dumps the carseats out of the family car, and drives away in search of the version of herself she left behind.

Paula Bomer’s writing is visceral, raw, and unpredictable. It extracts hard and weird truths about femaleness, motherhood, compromise and choice. Bomer refuses easy moralizing. Instead, she explores the hilarious absurdity of life in a culture that reveres motherhood while constantly undermining female agency and power. 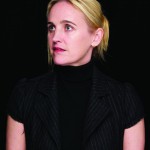 Paula Bomer is also the author of Nine Months, Baby and Other Stories, and is the publisher of Sententia: A Literary Journal. She lives in Brooklyn.

“You had to write a NOVEL to talk yourself out of having a third child?”: An Interview with Paula Bomer

Emily Gould: What surprised you, if anything, about reaction to Nine Months? Paula Bomer: Well, I wasn’t surprised to get that one-star review that was like “this is disgusting!” A friend of mine checked out all the other books that person read and they were all, like, bodice-rippers.  So that’s just not my audience, and I’m fine with that person thinking it’s disgusting. And I got a lot of “the narrator’s not sympathetic,” which I’m not surprised by, because it took me ten years to sell this book, and it was mostly because all these agents and editors didn’t find the character sympathetic enough.