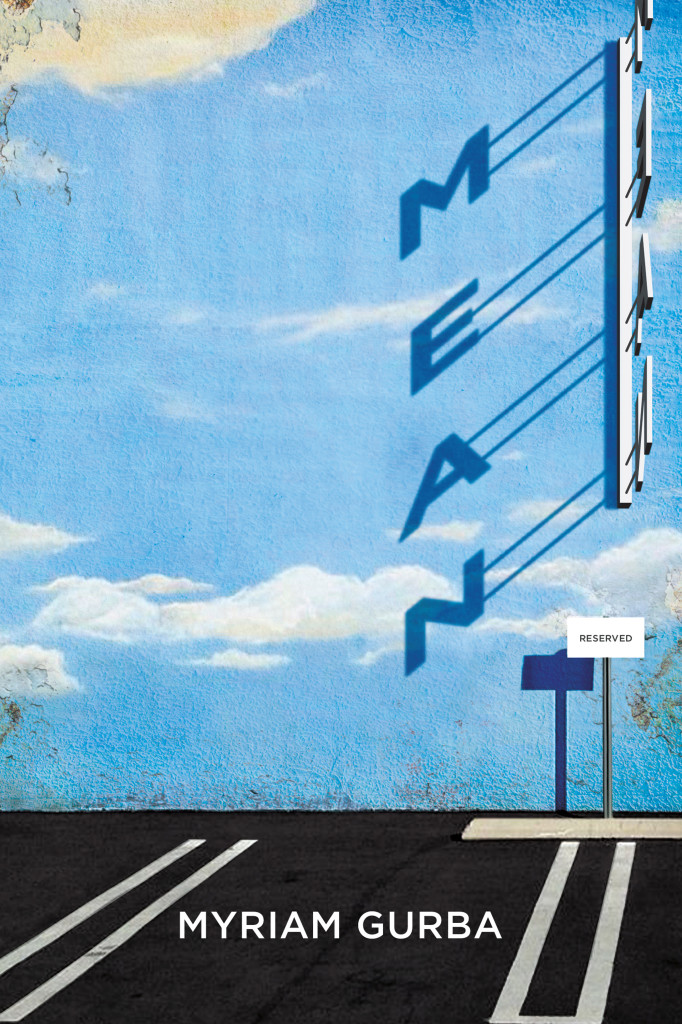 An intoxicating blend of true crime, memoir, and ghost story, Mean is the bold and hilarious tale of Myriam Gurba’s coming of age as a queer, mixed-race Chicana.  Melding formal fluidity and vivid, caustic humor, Gurba takes on sexual violence, small towns, and race, turning what might be tragic into piercing, revealing comedy.  This book pulses with life and wit, yet  takes the cost of sexual assault, racism, misogyny, and homophobia deadly seriously.

“‘The post-traumatic mind has an advanced set of art skills,’ Myriam Gurba writes. Mean tackles the profane and the sacred by sticking one hand into your chest and grabbing hold of your heart muscle while the other hand tickle fights your brain complete with serious noogies. Aligned with female saints, feminist artists and writers, Gurba vividly offers stories both familiar and unfamiliar in a heartbreaking and riotously funny collection that, like, Gurba, is hybrid in its form. I don’t know that I’ve ever read a book that covers the territories of class, racism, sexual assault, eating disorders, and more that made me LOL with its ferocious intellect AND biting humor. There is just no other voice like hers and Mean is a testament to that fact. I want Myriam Gurba to translate the world.” — Wendy C. Ortiz

“I am such a gigantic fan of Myriam Gurba.  Her voice is an alchemy of queer magic feminist wildness, and intersectional explosion.  She’s a gigantic inspiration to my work and totally ready to wake up the world.” — Jill Soloway

“Fantastic.Casually frank and grimly funny, the stealth power of this book mesmerizes with prose both controlled and popping with singular detail.  There is no writer like Myriam Gurba, and Mean is perfection.” — Michelle Tea

“This book wants you take it somewhere special. It wants you to take a day off work. […] If I were the kind of person who prayed, I would pray for Gurba before going to sleep at night. Her goodness glows. It makes the whole project float. […] Gurba’s writing feels devastating and holy and hilarious all at once, like a dead sea scroll that is as fun to read as an old issue of Playboy.” — Aisha Sabatini Sloan, Autostraddle

“With its icy wit, edgy wedding of lyricism and prose, and unflinching look at personal and public demons, Gurba’s introspective memoir is brave and significant.” — Kirkus Reviews

“After picking up Myriam Gurba’s Mean, I almost dropped it, the way one lets go of something delivering a powerful electric shock. […] I was enthralled by her sharp honesty and her piss-and-vinegar voice. She writes, “I want to be a likable female narrator. But I also enjoy being mean.” She captures something at the core of girlhood that is so rarely addressed: the ability young women have to enact, and often relish, intentional meanness without asking for forgiveness.” — Lauren Kane, The Paris Review

“There are dour, withholding, distant memoirs that want you to admire their subject more than you care about them, and then there’s this. […] Honest and darkly funny, the book is riddled with moments that will have you nodding, cringing, and crying right along with the author.” — Lauren Hubbard, Harper’s Bazaar

“Through wit and in-your-face brilliance, Gurba tells a story that is both deeply personal and bitingly critical of modern life. Along the way, she also gives us a masterclass in what intersectionality is all about.” — Gina Mei, Shondaland

“[Gurba] breathes fire and Spanglish, batters you with her biting humor then buries you in truths you cannot look away from… This is how memoirs should always be written – with fierceness, brutal honesty and a wry smile cutting through it all.” — Duende District Bookstore at Brightest Young Things

“Gurba continues to bust balls, provoke, and raise readers’ eyebrows throughout the book, and she traverses a vast world… Read Mean for its humor and stimulating structure. Read Gurba for her unique perspective and literary stylings.” — Nichole L. Reber, PANK Magazine

“What makes people act mean? Is it for self-defense, to feel powerful, or to be funny? In Mean, Myriam Gurba tells her coming-of-age tale as a queer, mixed-race Chicana. Though it’ll definitely make you laugh out loud, Gurba is dead serious about important topics like racism, misogyny, homophobia, and sexual assault. If you like memoirs (hell, even if you don’t), this one will knock your socks off.” — Elizabeth Entenman, Hello Giggles

“”Myriam Gurba’s voice is a refreshing burst of honesty, poetry, and spectacularly dark humor… Through casually beautiful and often untraditional prose, Gurba makes sense of the sometimes-painful world around her… Through her unpredictable style, [MEAN] offers a welcomed antidote to the formula of the contemporary novel.” — Maura M. Lynch & Jinnie Lee, W

MYRIAM GURBA lives in California and loves it. She teaches high school, writes, and makes “art.” NBC described her short story collecting Painting their Portraits in Winter as “edgy, thought-provoking, and funny.” Her first book, Dahlia Season, won the Publishing Triangle’s Edmund White Award for Debut Fiction and was a Lambda Literary Award finalist. She has written for Time, KCET, and The Rumpus. Wildflowers, compliments, and cash make her happy. ​

It’s OK to be mean.      Dad taught me so, as he stood at the kitchen counter, playing with his watch. I poured a glass of milk, gargled, and gulped. 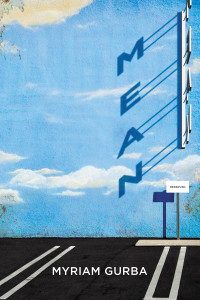 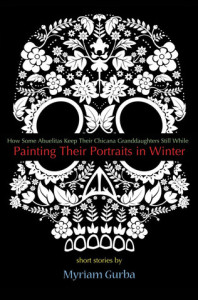