I’m Trying To Reach You

On the day of Michael Jackson’s death, former dancer and current half-assed NYU dance scholar Gray Adams finds himself sad, alone, and bored late at night in a Zagreb hotel with only the Internet for comfort. Two hours after first entering “Michael Jackson” into YouTube’s search bar, he stumbles across a mysterious video of a dancer who seems to be trying to communicate with him, specifically – “a message in a bottle” that he can’t quite decipher. A series of bizarre, cryptic comments only deepens the mystery.

Over the course of the next few months, Gray revises his postdoctoral thesis, makes ends meet on his stipend, does his barre exercises, and cares for his long-distance, chronically ill boyfriend Sven – all the while alert to the moments when the dancer posts new videos, which lend a sheen of the uncanny to his life. Her posts, he soon notices, coincide with the deaths of cultural heroes like Pina Bausch and Les Paul.  As the comments take a macabre turn, foreshadowing deaths to come, Gray – aware that he’s being absurd – starts to suspect that one of the commenters he’s been following is plotting the deaths of these elderly, ailing art stars.  To get to the bottom of these – murders?! – he’ll have to take his thesis in an unexpected direction, and enlist the help of other misfits who lurk on the fringes of the city’s cultural elite.

Barbara Browning’s second novel is hilarious and poignant, erudite but also miraculously down-to-earth. We never wanted it to end, and in a way, it never does — the mysterious videos exist, and are all on YouTube.

You may purchase this book directly from Two Dollar Radio. 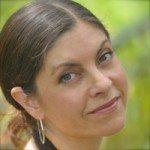 Barbara Browning has a PhD from Yale in comparative literature. She teaches in the Department of Performance Studies at the Tisch School of the Arts, NYU.

A State of Fiction

Barbara Browning came to life before me on a chilly gray Sunday, as I lay under the bedsheets, dressed in wool for warmth. I’d just finished Sheila Heti’s How Should A Be?, a book that left me feeling a little bit empty and angry. I was in the mood to read more, it was a day made for reading, and so I followed it with Tove Jansson’s Fair Play, a book about artists and writers performing their art on the pages, through video and film.

“The Internet works like the subconscious”: An Interview with Barbara Browning

CS: First question–Maybe it’s too tedious or too politically correct to mention it, but the racebending in this book is more convoluted than the genderbending in a performance of “As You Like It” during the Elizabethan era. What does it mean to be a white person writing a mixed race man who deals with intrusive Stupid White People questions about his life and art? What does it mean for you to write a mixed race character who notices a paucity of other people of color in the spaces that he’s in, or gets tired of children asking what exactly he is?