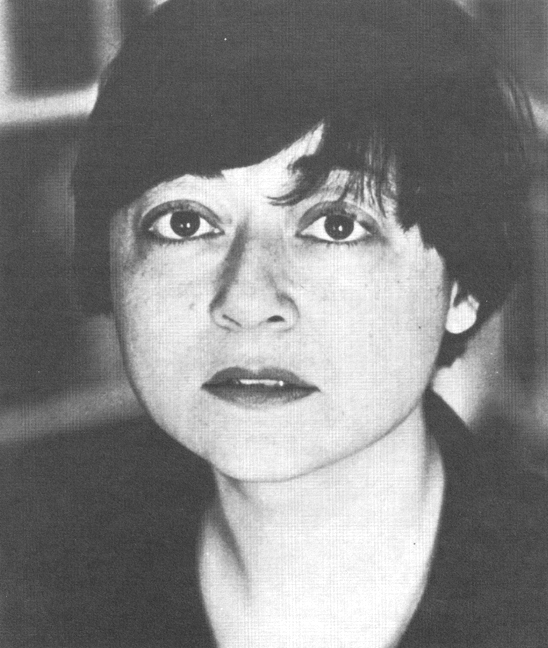 Sigrid Nunez has published six novels: A Feather on the Breath of God, Naked Sleeper, Mitz: The Marmoset of Bloomsbury, For Rouenna, The Last of Her Kind, and Salvation City. Her most recent book is Sempre Susan: A Memoir of Susan Sontag. Her work has also appeared in several anthologies, including four Pushcart Prize volumes and four anthologies of Asian-American literature. Among the many journals to which she has contributed are The New York Times, Harper’s, McSweeney’s, The Believer, The Threepenny Review, Tin House, and O: The Oprah Magazine.

In grad school, getting an MFA in writing, I cried in the office of every workshop professor I had but one. In spite of the sensitivity with which as a rule these people responded, the episodes filled me with shame. Post-cry, I assiduously avoided my teachers.

I was introduced to the idea of Monica Sarsini this way: My college boyfriend— from Florence, Italy—said, “You have to meet my mother’s friend. She’s a writer. She’s strange and beautiful.

“I’ve never actually applied for a traditional job,” my thesis advisor told me over lunch, explaining that she’d gone straight from undergrad to a PhD program. We were out at a vegetarian restaurant, celebrating my completed thesis essay, and the tables that surrounded us were mostly empty. Sparsely-populated storefronts were an ongoing theme of college life: On weekday afternoons, when people like us had the freedom to go out, most people were on the 9-to-5 grind.