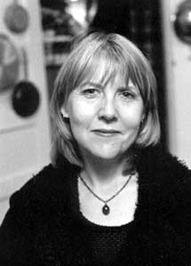 Dodie Bellamy is an American novelist, nonfiction author, journalist and editor. She is one of the originators in the New Narrative literary movement, which attempts to use the tools of experimental fiction and critical theory and apply them to narrative storytelling. 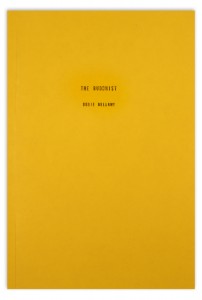 When I was 24, I took mushrooms at a party in a seedy part of Hollywood and got it on with a bunch of strangers in a hot tub. There’s nothing inherently wrong with mushrooms + strangers + hot tub + heeeey, but the situation was wrong for me, because I wasn’t really enjoying myself. My focus was on putting on a show and making other people happy, not myself.

I read the buddhist in one big thirsty gulp, lying on my bunk in the hostel during the hottest part of the day. I was avoiding talking to people – to the surfer from Alabama, to the irritating Russians. When I finished, it was just after 4 PM and the surfers were readying themselves for the next high tide.

Without a net: an interview with Dodie Bellamy

Dodie Bellamy’s book the buddhist originated as a series of posts on Dodie’s blog, belladodie, in which she described her life in the aftermath of a protracted breakup with a Buddhist teacher. Dodie has used many writing forms over the course of her career, from poetry to academic writing, often focusing on the sometimes-blurry line between what’s considered “memoir” and what’s considered “fiction,” but she did not become a blogger until relatively recently.  Now she’s making up for lost time.

Crone Vision: an excerpt from Dodie Bellamy’s the buddhist

‘Then she waited, with parted lips and a saucy challenge in her eyes, to see how her presence – the drama of being her – was registering. In the way of such chicks, she seemed convinced of the originality of her provocation. Katz had encountered, practically verbatim, the same provocation a hundred times before, which put him in the ridiculous position now of feeling bad for being unable to pretend to be provoked: of pitying Lucy’s doughty little ego, its flotation on a sea of aging-female insecurity.’

Due to all the stagy point of view switches the novel apparently employs, I’d thought of assigning it to students, but after reading the above passage I was like, not in 100 fucking years.  The cruelty and hubris of Franzen’s depiction of the woman—a reviewer points out that Katz is the character who seems closest to Franzen himself—is astonishing.  Middle aged women are such easy prey, like they’re supposed to walk around with eyes averted, hanging their heads in shame at their wreckage.