An Excerpt from Tender Points

4 Events You Miss Because of Fibromyalgia Pain

2. Company Outing to the Roller Rink

Last time you went roller-skating, the heavy rental skates misaligned your anklebones and your physical therapist shook her head as she popped them back in. Nobody believes you when you say you would love to go. Least of all your boss, who already worries that you’re not a team player. But you really would love to go: You, too were once a little kid who thrilled at swooping around rinks to Groove Is in the Heart and Turn the Beat Around. It’s just that’s not your reality now. But the tyranny of mandatory fun is bearing down. Everyone’s eyes are on your ankles, and they won’t be satisfied until they see scars or bandages or blood.

3. The Noise Show at Lobot Gallery

You forget their name, but it’s Alexandra’s roommate’s band, and they’re supposed to be really good. You told Alexandra you’d go. You told Alexandra’s roommate you’d go. But you are not gonna go. Last time you saw a show there, your muscles tensed up in the cold warehouse and standing on the concrete floor for three hours made your bones ache. Standing still is somehow harder than moving, and confronted with the shimmering drone of the headliner, your body froze and felt like it could chip as easily as ice.

Yoga helps, but only when you go regularly. Every time you go to yoga after taking a break for a while, one 60-minute class can make you feel sick for days. If you go to yoga with Carrie tonight, it’s likely you’ll feel like shit the rest of the week. Which would be bad because you’re meeting with a client tomorrow. Late to work and home straight after. Pain lost in your muscles, trying to find a way out, slams you down in bed but won’t let you sleep. 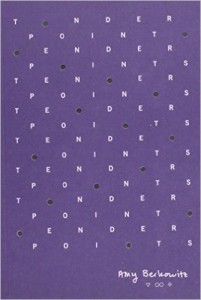