Last Sunday at the Like A Boss panel, Emily asked Will Schwalbe, Alexander Chee, Heidi Julavits, and Doree Shafrir to share their insights on mentoring. The panelists offered stories about being mentors, having mentors, and how those experiences have affected them. No one tried to give mentoring a strict definition. Instead, the panelists said that mentoring can take many forms. It can be a long term relationship sustained by trust and affection, or it can be a brief encounter that unfolds over the course of a few drinks. At some point Emily noted that the mentor/mentee relationship seems a lot like other relationships that involve growth and trust: it’s kind of like dating someone, but usually without the sex, and kind of like having or being a parent, but hopefully without all the weirdness and potential volatility. Working as an assistant is a way some people become mentees. In Inferno, a young Eileen Myles became close to James Schuyler while working as his assistant; Sigrid Nunez’s relationship with Susan Sontag began similarly. Of the panelists, though, only Emily and Will had been assistants. Heidi and Alex experienced mentoring mostly within the context of school, and Doree experienced it in a lot of workplaces. Everyone agreed that in any context, if a person is courting a potential mentor, it serves her well to approach the mentor with ideas and questions to discuss–especially if they are meeting for the first time or if the desired mentor is an Important and Busy Person. Doree added that if such a person cancels once, or even twice, potential mentees shouldn’t take it personally. In fact, she said, persistence from the potential mentee’s end can often pay off. Flattery doesn’t hurt, either. Will said all it takes for him to be interested in someone is a compliment and the prospect of a free drink.

It’s no surprise that the college-related portions of the panel stuck out to me. As an uncertain but hopeful twenty year old, I am always ready to consider confidently packaged advice about navigating life–especially college life. My ears perked up when the panel unanimously urged students to exploit the office hours of the professors they admire. Emily semi-jokingly theorized that some students might be hesitant to approach their professors for fear of seeming too eager or enthusiastic in an unconscious attempt to preserve a sense of “coolness.”

The panel’s subsequent conversation about students’ tendency to irrationally tense up around professors rang (painfully!) true to me. Anxiety and intimidation usually make it hard to have a meaningful interaction with someone–especially, in my experience, with someone whose wing you kind-of-secretly want to be taken under. But, as the panelists went on to discuss the particularities of their student/professor relationships, it became clear to me that social paralysis in a professor/student context is usually unnecessary. Heidi mentioned that not only do most professors want to talk to their students, some of them even wish for casual, drop-in conversations because they get lonely sitting in their offices. Most probably don’t feel this way, but it was encouraging to hear that at least one does. Alex also demystifed the professor-as-rockstar notion when he reminisced about the the hours he spent laughing with Marilynne Robinson. Other students were scared to go to her office, leaving her time available for him. Heidi and Alex’s stories echoed the panel’s overarching message for potential mentees: calm down and don’t be timid!

As the panel explored how mentor/mentee relationships can change over time, what Emily said about mentoring being similar to (but lacking the more contentious parts of) more clearly defined relationships resonated with me more. Alex noted that sometimes, when a mentee outgrows his or her mentor, the result can be a friendship. Will described his experience with his most important mentor, and how when they stopped working together they seemed to naturally drift apart, which he now regrets. Hearing Alex and Will’s stories made me consider whether “mentoring” is a label people tend to apply to relationships while they’re happening. I’m sure sometimes it’s obvious you’re being mentored, but maybe it also sometimes only becomes clear in retrospect. I kept coming back to Emily’s comment, wondering if maybe the absence of a clear label can release pressure from both sides. Could less defined expectations make it possible for a mentor/mentee relationship to grow into something new, like Alex’s did, or for it to end quietly, like Will’s?

The panel didn’t gloss over disappointing or unappealing aspects of mentoring. Doree described a time when what she thought was a nascent mentor/mentee relationship with a (straight, male) co-worker ended abruptly when he made an unwelcome and unexpected advance on her (she said it was “just gross”). Emily wondered if prevailing social structures make it more difficult for women than men to devote the emotional and intellectual time and energy needed for mentoring someone. Alex added an important footnote to his discussion of professors, pointing out that some people can be too involved in their own worlds to be tracked down, despite their greatness in the classroom. I am prone to rampant fantasizing whenever I hear about exciting or fulfilling things that are absent in my life, so hearing these stories tempered the vivid dreams I’d been having of the mentorships that might await me . . . but they didn’t totally extinguish them. 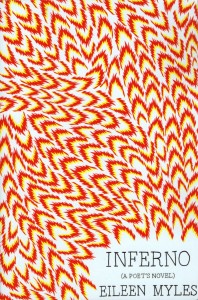 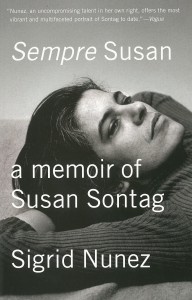 Sigrid Nunez says Susan Sontag “liked to refer to herself as a self-defrocked academic. She was even prouder to call herself self-created. I never had a mentor, she said.” I’ve never had one either, but I derive no pride from my mentorlessness.